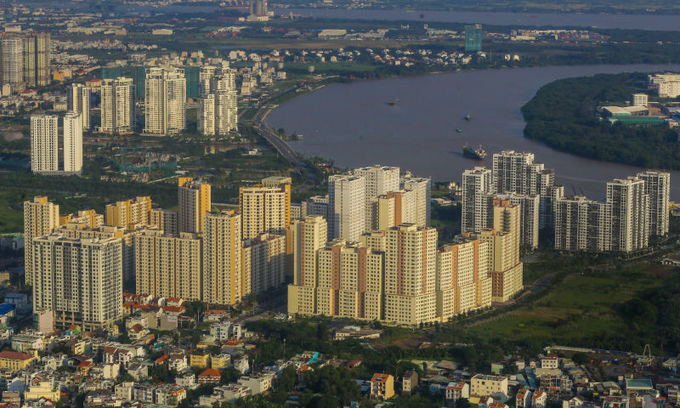 Investors are shifting their interest from land to apartments as there are signs that land prices have entered a cooling off phase following a first quarter surge.

Searches for land lots in May in the northern provinces of Bac Giang, Bac Ninh, Ha Nam, Vinh Phuc and Quang Ninh fell 35-49 percent from April. In Da Nang City the fall was 36 percent, according to real estate listing platform Batdongsan.com.

Meanwhile, searches for apartments in the same period rose in Hanoi and HCMC by 12 percent and 8 percent, respectively.

Nguyen Quoc Anh, deputy director of the platform, said land prices, which had surged in the first quarter, started to cool down in April.

Starting May, the new Covid-19 wave (which began late April) also became a factor in investors turning to asset segments like apartments because they offered greater stability than land at the moment, he said.

Batdongsan.com also found the number of real estate brokerages in May rose over 60 percent year-on-year, showing a recovery in the sector.

Yet another factor emphasizing real estate prospects in the country is Vietnam’s urbanization rate of 35 percent is low compared to other countries in the region like Thailand (50 percent) and China (over 60 percent).