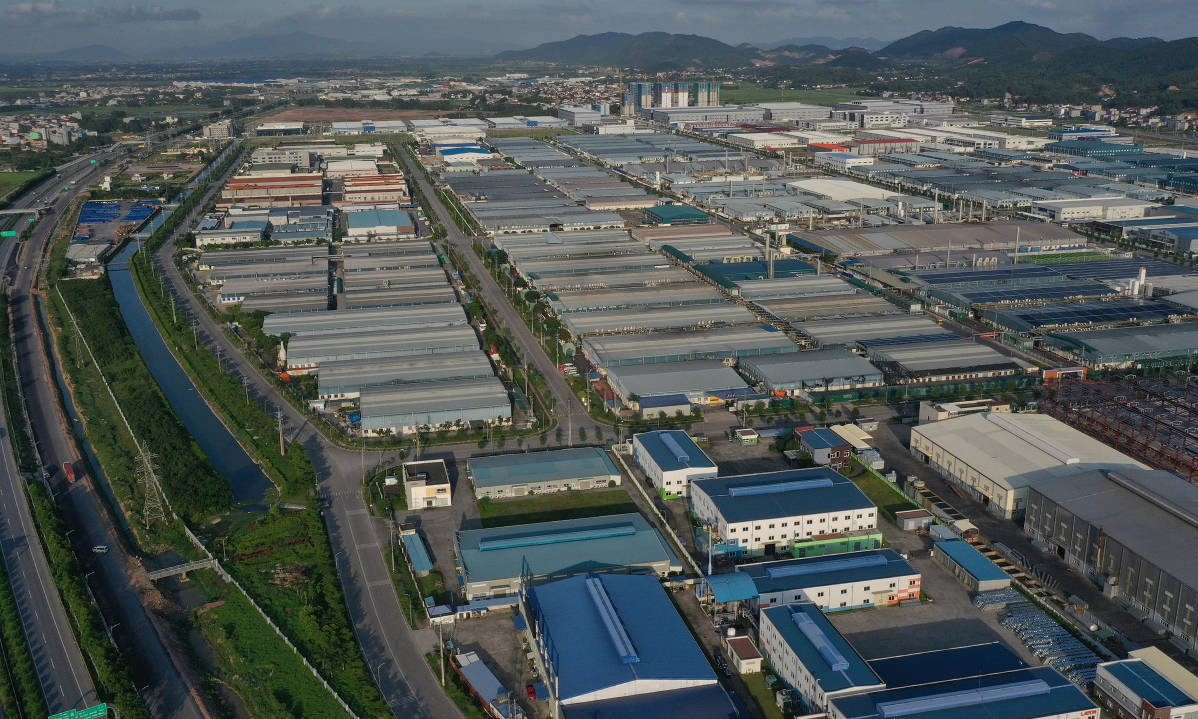 An industrial park in the northern province of Bac Giang. Photo by VnExpress/Ngoc Thanh.

Covid-19 hotspot Bac Giang wants more than 120,000 suspended workers back at work by the end of November.

The northern province, which leads the nation in Covid-19 tally with 5,490 cases in the latest wave, plans to bring back its workers to industrial parks from now until the rest of the year in a phased manner: 30,000 by next month, 50,000 by August and 100,000 by October.

The province also wants factories to set up accommodations for workers to stay within their premises to avoid contagion. It targets accommodating 7,000 people by next month and 35,000 by November.

The manufacturing value from these parks is targeted to hit VND8 trillion ($347.82 million) next month and VND15 trillion a month from November onward.

Bac Giang has set these concrete targets after having suspended four industrial parks last month over a surging number of new Covid-19 cases.

The situation, however, has been contained and the province has been relaxing its social distancing orders and has allowed most of its factories to resume operations.

The province has 240,000 workers employed in six industrial parks, where many global manufacturing giants like Foxconn and Luxshare, which are both assemblers for Apple, have located their operations.