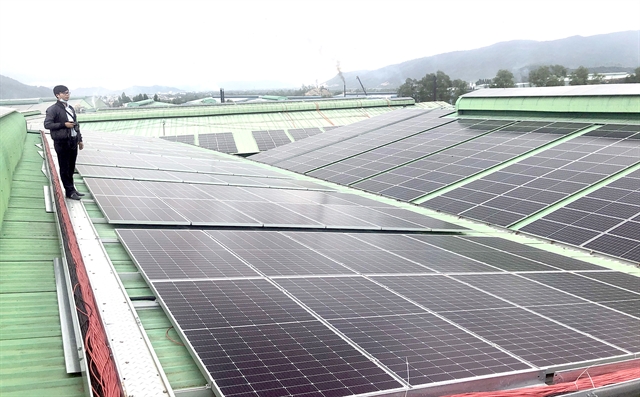 Việt Nam is experiencing a solar boom, with 11.6GW of power of this kind added to the national grid last year, according to the International Renewable Energy Agency.

Only 105MW of solar electricity was installed in the country in 2018, and the figure rose to 5GW only a year later, and even to 16.5GW in 2020, the article said, adding this is a considerable increase compared to other nations at the same time.

As demand for energy in the Southeast Asian country is forecast to shoot up dramatically, big players in the field have invested heavily in solar energy plants. Last summer, a 45MW plant was put into operation in the central province of Ninh Thuận by Sharp Energy Solutions Corporation, contributing some 76MWh per year. The firm is carrying out another five 245MW plants in the country.

The successful solar energy story in Việt Nam was sparked by a special market mechanism, which drew much interest from investors. Due to purchasing power at fixed prices, investors sell the renewable energy they create to the grid at a fixed price – one that would more than cover the cost of investing in renewable energy facilities.

Việt Nam could carry out more bidding mechanisms for solar projects, in which all renewable energy projects not subject to the fixed price mechanism are able to join.

The Vietnamese Government is planning to double the power capacity in the next 10 years. Accordingly, 29 per cent of the nation’s electricity will come from renewable energy source by 2030, and 18 per cent from hydropower.

The capacity of renewable energy is envisioned at 45GW, much higher than the previous plan of 27GW – the level which is achievable within 2021 or next year at the latest.

Although the energy transition is taking place rapidly, coal-generated electricity accounts for 28 per cent of the nation’s total power. However, renewable energy is set to take the lion’s share by 2045. — VNS